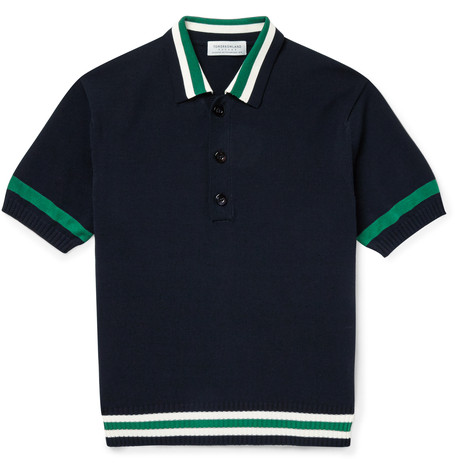 Guys, it’s time to grow up your polo shirt!

The retro style knit polo is a throwback from the 50’s & 60’s that has finally been adopted by some of your favorite brands — which means you should be adopting it too! Most often referred to as the Banlon, the knit polo shirt has a few features that elevate it above the country club version that your frat bros see as formal attire.

Outside of the textured weave of the knit, rich and eye-catching patterns and colors — the knit waistband is the standout feature that will change the way you wear a polo shirt. Back in the day, Banlon was the synthetic material that the waistband was made of and how the shirts got their name. This design feature keeps the waist of the polo in place and offers a more refined look. That means you can rock it a suit, jeans or just about anything and look damn good.