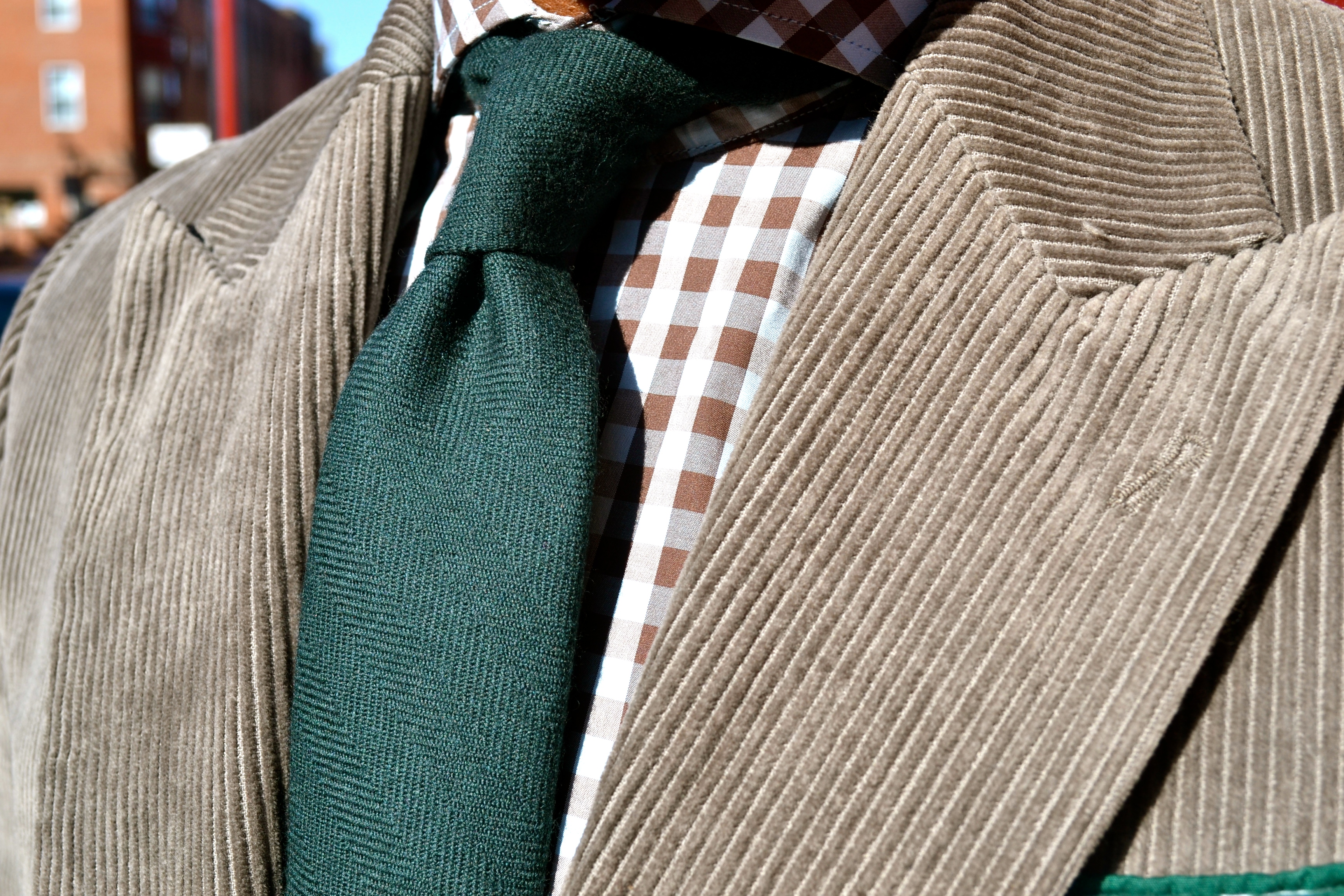 It’s been just over a month since Chris Bosh of the Miami Heat released a neckwear collaboration with menswear accessories brand, Armstrong & Wilson called, Mr. Nice Tie. The ten piece collection features an assortment of neck & bowties all done in luxurious wool and tweed fabrics. Armstrong & Wilson, was one of the first brands that I’ve featured when I launched Men’s Style Pro in 2010 (even slightly before that when I use to write for The Examiner) and it’s been great to see the growth in the brand every year.

Being that A&W is a Philly-based brand and that the founders have become trusted friends of mine, I took a trip over to their showroom to see the full collection first hand. After picking the brain of Ontario Armstrong for about an hour, I came to the conclusion that the Mr. Nice Tie collection was crafted with the care that you’ll see in all A&W pieces and it really captured the vision of Chris Bosh of creating classic pieces that are actually wearable.

Before I left the showroom, I picked up the Hunter Green “Mr Nice Tie” Necktie. The rich color is unexpectedly versatile, the weight of the fabric is sturdy (which makes a strong knot), the herringbone pattern of the fabric add some visual depth and the hidden brown houndstooth lining is dope style secret. Of course the quintessential A&W button is hand-sewn on the back as an added, yet, familiar detail of the brand. Below you’ll see two ways I decided to rock this tie for a bit of inspiration. If there’s one thing I can say about this collection, quality and attention to detail were not skimped on in the process. This tie will definitely be passed down to my future “Men’s Style Kid (we’ve still got some years to wait on that one though!). There was no way that I could not pair this beautiful herringbone wool tie with this corduroy suit. When pairing ties with suits, being aware complementary textures should be your first thought. There’s no reason that ties should be relegated to only being worn with suits or formal situations, however; some ties should only be worn in those situations (ie, flat silk ties). Textured ties pair best with denim, non-formal outerwear and casual pants.

The “Rules Of Casual Tie Engagement”: