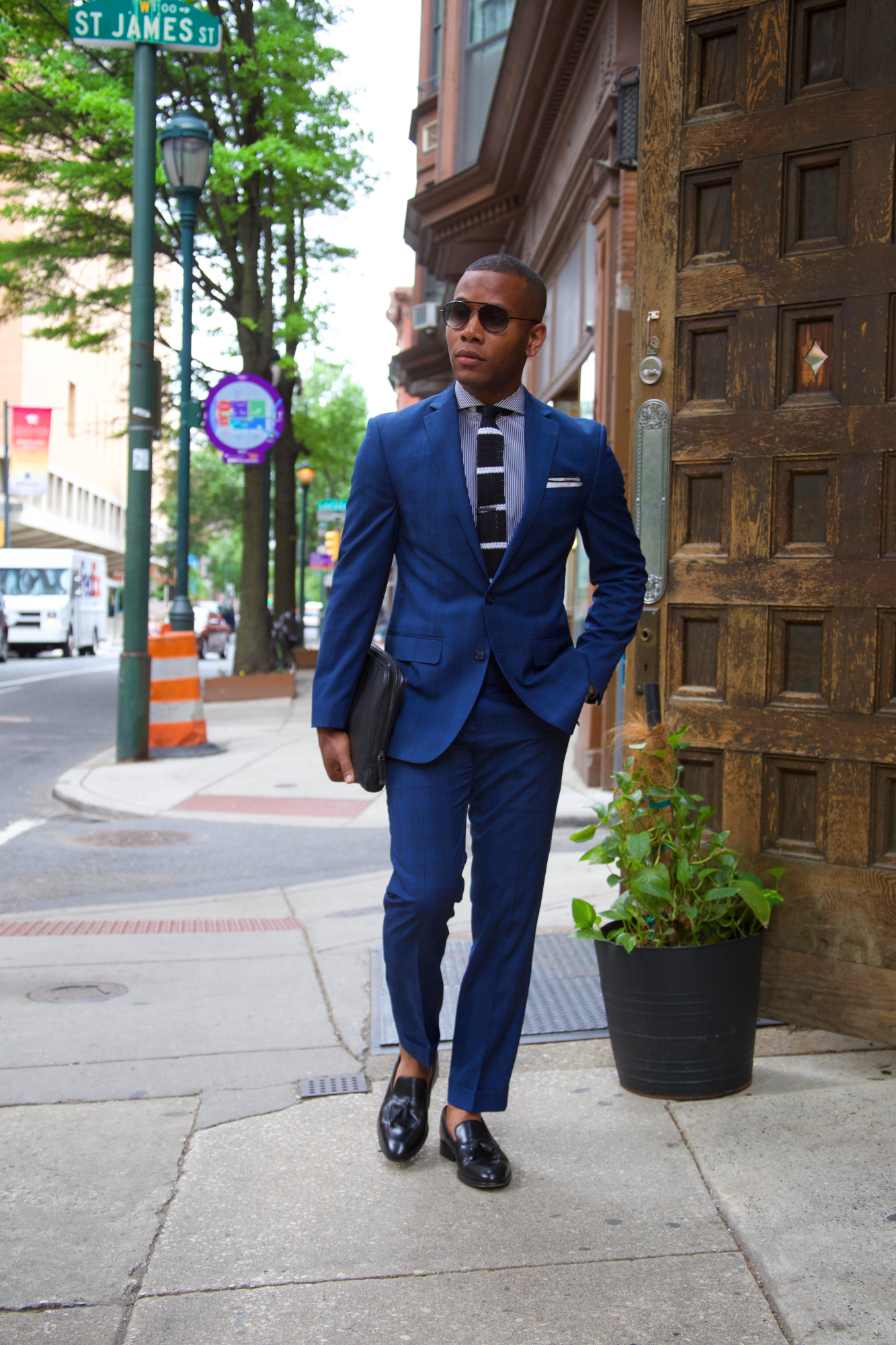 (This sponsored feature is in partnership with Sean John & Macy’s)

[dropcap size=big]S[/dropcap]ean John recently released a collection of slim fit suits at Macy’s and they reached out to me to see how I’d style one of them. Stepping outside of the traditional navy blue colorway, their heighten navy blue plaid suit called to me as the navy suit upgrade for the summer. Before I get into the styling of this suit, let’s talk about the alterations. Since this is Sean John’s first foray into slim fit suiting, it was evident that they were cautious with the taper of the pants by not going too slim. Off the rack, they were a bit wider in the leg opening than my personal preference, but for the everyday shopper, they were perfectly slim. That being said, I did have these pants tapered slightly and cuffed. The undertones of the shadow plaid are dark navy & black, making the pairing for black footwear, shirt and/or accessories a complement and not a hard contrast. Shadow plaid is the ideal gateway pattern to experiment with when it comes to pattern mixing. With an understated pattern like shadow plaid, pairing a striped tie and shirts takes the understanding scale and is quite easy. The wide striped tie patterns act as a grounding agent to the busier striped shirt. Sporty Friday (or any day) Plaid suits have a lot personality and aren’t meant to be taken too serious. Take advantage of their casual nature and pair them with a luxe low top sneaker and some of your favorite accessories.

Grey sneakers with white soles bring out the tonal blue variations in the suit and add more depth than pairing this suit plain white sneakers. The key to pulling off the sneaker & suit look is to stick with the traditionally tailored menswear pieces, like a button-down collar shirt (lose the tie) and patterned pocket square. All opinions & style are that of Men’s Style Pro