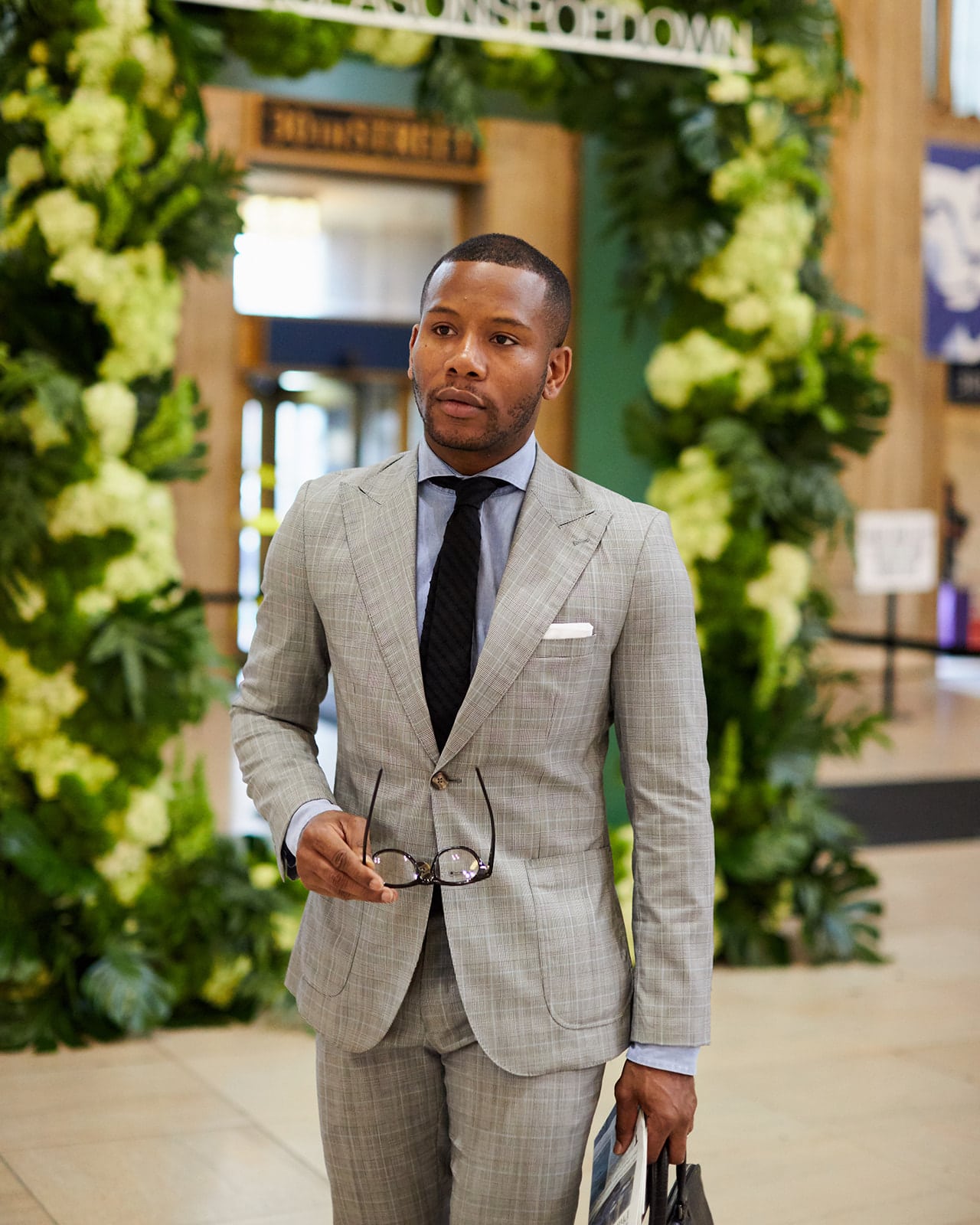 Once the term “classic American Workwear” is uttered, images of early 1900 factory worker might come to mind. That’s not the type of workwear that we’re talking about his this feature. Think Don Draper, scotch swilling steez with modern touches like wide peak lapel suits w/ patch pockets. And of course, the optional sock vibe (a la Italy).

Classic (corporate) American workwear-style has fallen victim to the Silicon Valley uniform of blazer & jeans. Now, let’s be straight up, we’re not knocking the casual vibe of the modern office, however; we think it’s time to reinvest in that sharp sartorial style made for the corner office. Light grey, black & blue — these colors are complementary and often underutilized. Looking back at old shots of guys heading to working in their stingy brim fedoras and boxy suits, take notice of how the sea of suits are mostly black & charcoal grey. Fast forward to the late 60s and 70s, light grey suits (especially Prince of Wales & Glen Plaid) became an American staple. Here are a few ways to modernize that look and switch up your suit game. Gold Is Good. How To Style Gold Jewelry This Father’s Day