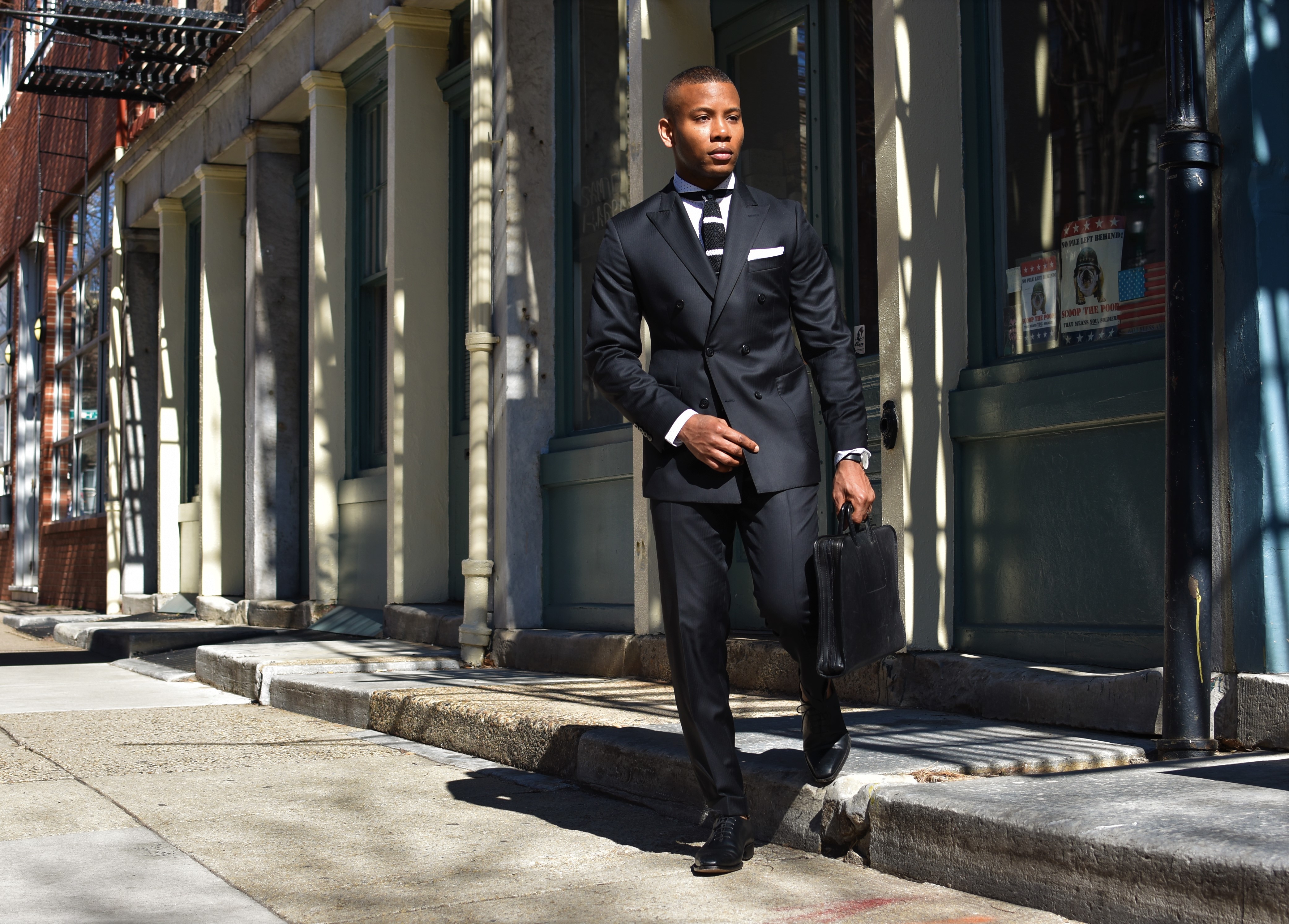 Getting back to black suit #menswear basics, it’s time to go monochromatic + add a tie. Pairing a white shirt & black tie has become commonplace when you reach for your black suit and you know what — that’s perfectly fine, it works! The risks you run by going the traditional black & white monochromatic suit route are;  looking too formal as if you’re going to a wedding, giving off maître d vibes or like you’re headed to a funeral. Unless you’re Tom Ford, your black & white suited look might need a hit of pattern to give it more personality.