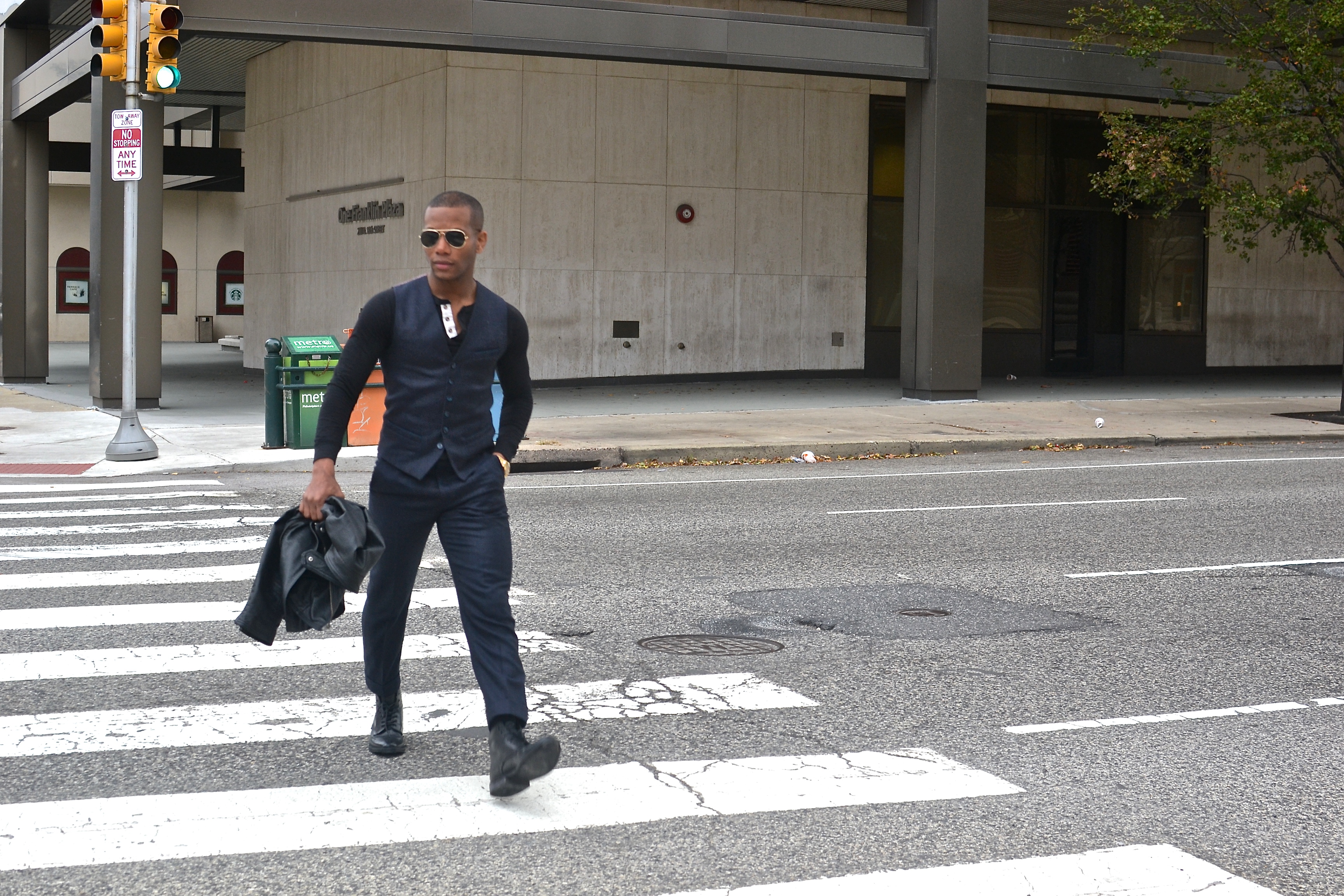 There’s no mistaking it, I’m not British! Even though, I know my wife would love it if I had the suave accent! Growing up, I’ve always had a strong affinity for British men’s style. May be it’s my James Bond fascination or my appreciation of classic Saville Row tailoring because I’m subconsciously drawn to menswear haberdashers from across the pond.

One brand that embodies the British rakishness that has made the leap to the US is Ted Baker. This summer I had the opportunity to serve as a brand ambassador for Ted Baker, when they were opening their King of Prussia Mall location and have really fallen for the whimsical details that brand infuses into every piece. I recently picked up one of their three-piece, shadow plaid suits and styled it three different ways– all with boots. Below are some style tips for executing these looks and some reasons to give boots a chance with your winter weight suits. Rocking a pair of broken-in boots with a suit adds a bit of badass character to your look. When you take a pair of boots with classic menswear details, like a wingtip and beat the hell out of them — the end result is a refreshing pairing. Pulling off the three-piece suit at work can often throw guys a curve ball. Is it too much? Am I peacocking? Does my boss know that I’m stuntin’ on him? Or, are people appreciating this dope fabric? Maybe the last two questions are a pipe dream, but, you can definitely get away with donning this three-piece because of the understated shadow plaid pattern. To complete the look, add a crisp & sleek brown dress boot. What makes a tweed suit so special? The ability to break up the pieces and wear them individually. Since the fabric has a natural nap & texture, adding a leather jacket & Chelsea boots refines the look. My #WorkFromHappyPlace with The HP Stream 8 Tablet with Intel Inside®