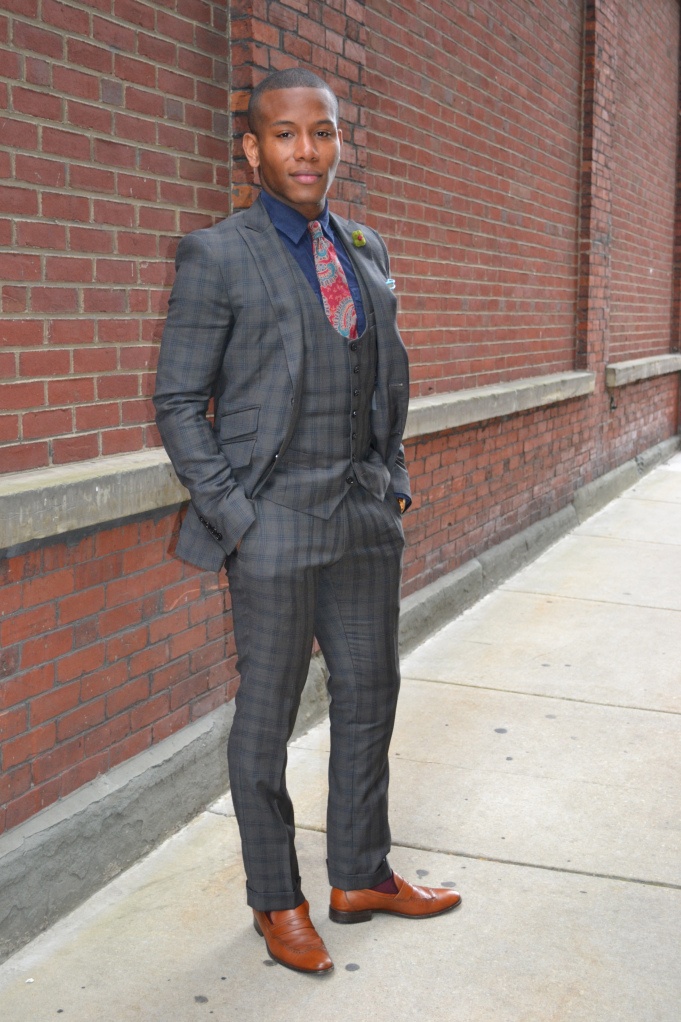 Once you’ve developed a solid collection of suits, it may be time to think about adding a bold pattern suit to your wardrobe. You don’t have to jump in the deep-end and grab the flashiest pattern out there, so think about going with a shadow plaid or a dark checked pattern. It’s been mentioned in the past on Men’s Style Pro that a three-piece suit is probably the most versatile in terms of the number looks you can get from one outfit.

So, in an effort to show you how versatile a (subtly) bold suit can be, we present 4 looks where the base of the looks are the blazer and waistcoat from the Baltimore Buzz Olive Green Checked Suit by Indochino (now available online). The premise of this feature is to show that by changing the trousers in your bold suit look, you can really add a new to the look but still keeping the blazer/waist-coat static.

30% Off Black Friday Sale at Indochino