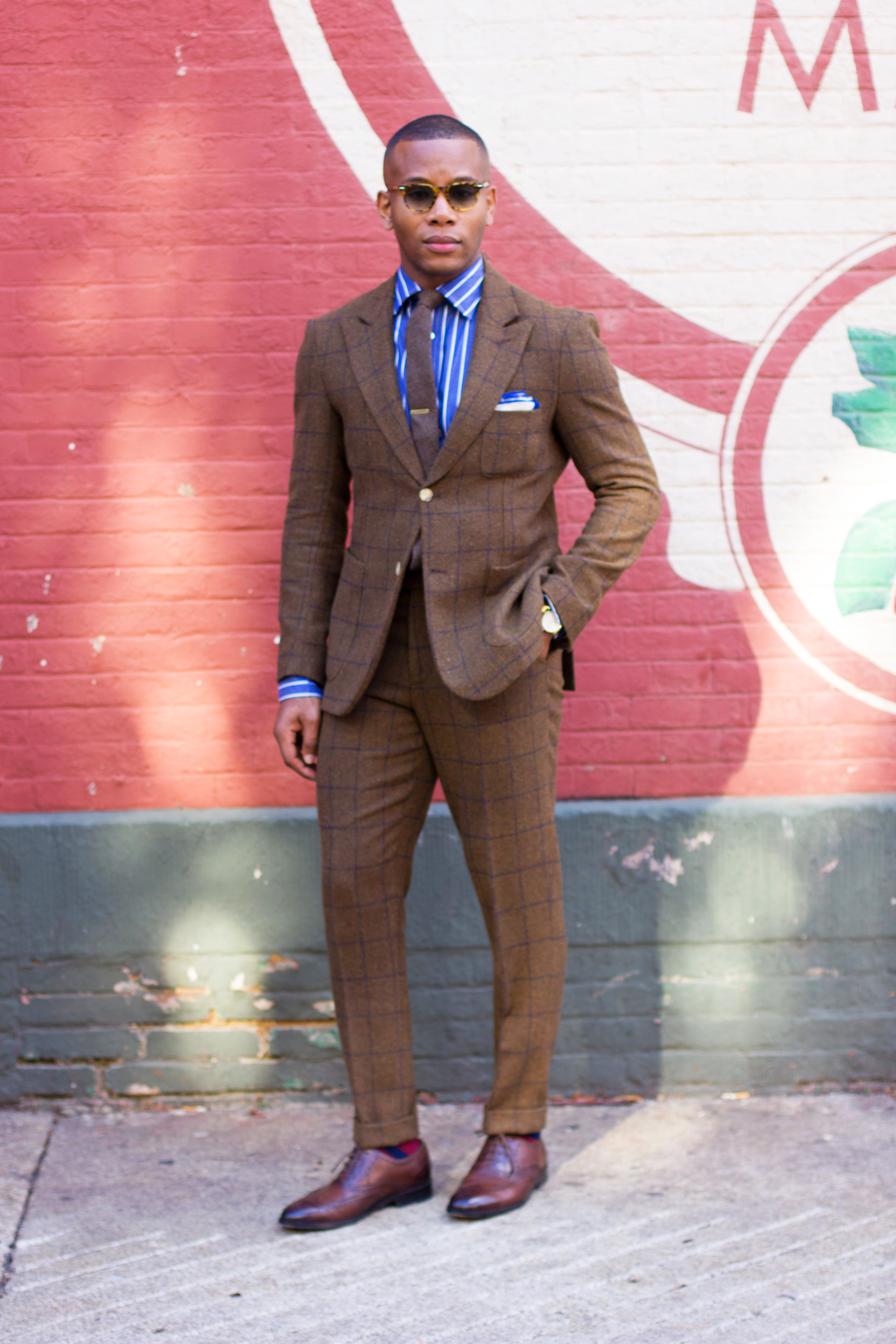 Brown tweed is the epitome of Geezer Fabric! Images of depression-era workers or English countryman come to mind when this tough fabric is top of mind. And we can’t forget the quintessential college professor-look. For a modern approach the post features two ways to rock a brown tweed suit. There’s a chance you’ve gone through a phase during the first few years in college where you thought rocking a tweed jacket would make your look smart and more mature. So, you hauled-ass to the nearest thrift store and grabbed the best-fitting jacket you could find. Realistically, you walked out with that boxy jacket that someone’s grandpa wore a half-century earlier. To guide you in the right direction, here are a few tips to avoiding the pitfalls of brown tweed suiting, while achieving a new age tailored professor-look. You’re dealing with a dense fabric when it comes to tweed, which means suiting up can be cumbersome. Combine that with a somewhat bold windowpane pattern and you’re potentially in a heap of what-the-hell. Resembling a semi-stylish potato sack is not the goal, let’s go in the English businessman direction.