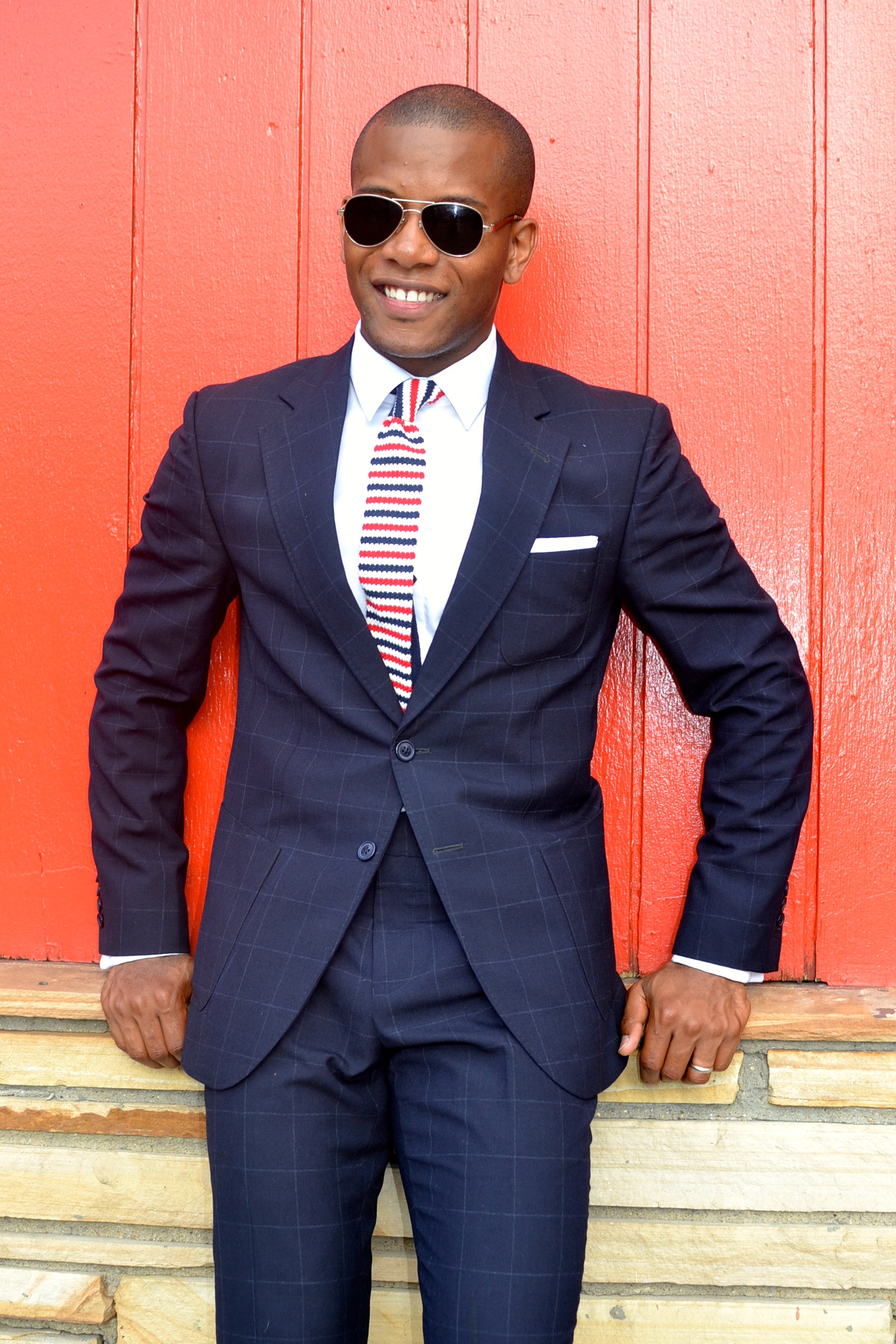 You’ve seen this pattern before. Perfectly rectangular checks, resembling that of a hollow checked board nicely laid out over the entirety of a suit. So, it’s not called “checker board pattern”, however — it’s known as the Windowpane pattern.

With a classic pattern inspired by that of actual window panes, this checked pattern is often seen in combination with Prince Of Wales plaid pattern suits. Standing alone, the windowpane pattern is either very bold or über subtle. In the case of this post, we’re showcasing the faint side of the windowpane pattern. The navy suit & wheat linen jacket featured here are both custom pieces from the Washington, DC menswear clothier Brimble & Clark.

Brimble & Clark has a “we come to you” policy when fitting their clients. The process is really simple — set up the appointment, one of their master clothiers (sometimes it’s the owner) comes to your location to run through a very detailed measurement process. They specialize in bespoke tailoring, which means there’s a limited run on the fabric that you’ll choose– so you won’t see many guys with the same suit anywhere. Something that unique to the brand is that they will ask you for a suit that you own that fits you perfectly to use as a sample (even after getting your measurements). The idea is to see if they’re may be traits that were missed from the fitting that you as the client absolutely love. The turn around is about 6 to 8 weeks for delivery. Remember, with any navy suit, you’ll want it to remain work appropriate. With a subtle windowpane pattern, you’re still boardroom ready –but, you can take over the bar at any moment post 9 to 5. As mentioned earlier, you will typically see the windowpane pattern in subtle a color (red, blue, green or purple) overlaying a Prince of Wales plaid suit. This wheat colored linen jacket, takes that same suited idea and uses it to subtly amp up this textured jacket. This isn’t your everyday jacket, but, when you pull it out– heads will turn.

The one real style tip is– keep the base of the outfit relatively simple. Plain white shirt, solid tie and trousers, that’s it! The reason this look is styled with such bold cobalt blue tones is because I really wanted to heighten the subtle blue of the jacket and get my last essence of summer in before the chill of fall set in. Be sure to visit www.BrimbleClark.com to get a look at the full run of their current menswear offerings.

How To, Menswear, Style Tip