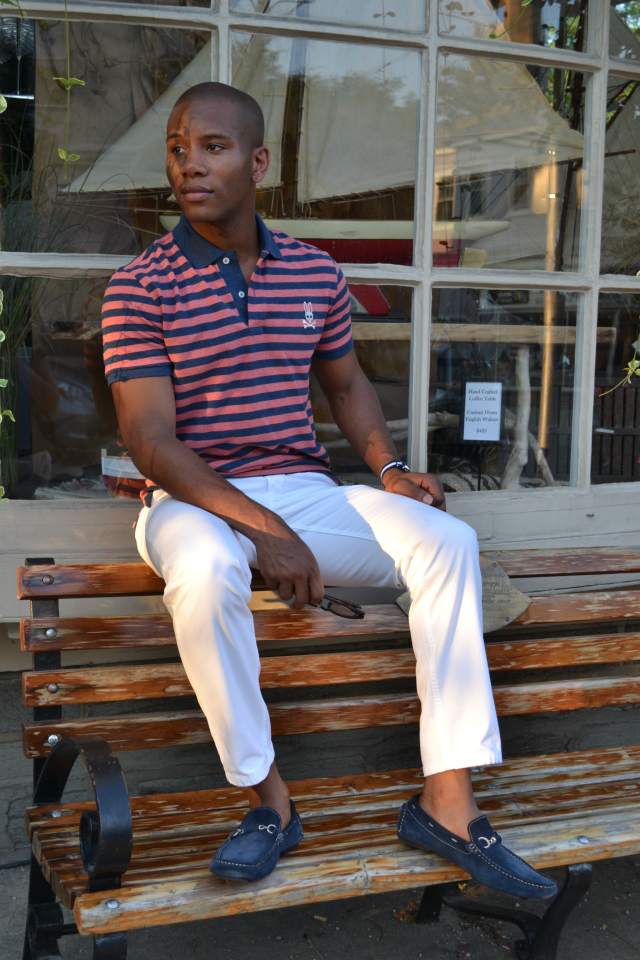 Pin Down Bladder Cancer With Bonobos

This month’s GQ has a feature called, “Raise The Flag”, which displays about five different shirt and tie combos of red, white & blue. With Independence Day just two days away, I thought it would be most appropriate to show some more ways to incorporate the colors of Old Glory into your wardrobe.

Red, white & blue is a relatively easy combo to pull-off. Most guys feel comfortable wearing a white dress shirt with a blue and red tie, or, a white t-shirt with blue jeans and a red hat. While those looks are classic, they are also safe/expected. Here are some suggestions to help you think outside the  box/push the limits when putting together your patriotic look.

Some Quick Tips About Fit: It’s been hot as hell out so far this summer, but, there are still times that you may need to throw on a blazer. Reach for your summer fabrics like cotton or in the case of this outfit, linen on linen (shirt and blazer are linen). Putting together a look with different shades of blue adds a bit of depth and keeps the summer aesthetic. Also, don’t freak out if you see wrinkles in your linen because wrinkles and linen go hand-in-hand. Previous Article
Accessories, Featured, Style With A Cause

Pin Down Bladder Cancer With Bonobos